Surrounded by a bastion of the 17th century wall, the convent was built in the last quarter of the 16th century and was occupied by Franciscan monks in 1594, who came from a more modest convent outside the city. In the Spanish period, with the change of the ecclesiastical administration in 1804, they were replaced by Spanish monks from the Colegial Mayor de San Pedro y San Pablo de la Universidad de AlcalÃ¡ de Henares, who remained there until the general exclaustration of MendizÃ¡bal in 1835. Later it was used for different purposes; the most recent being a privately owned oil mill, although the city plans to buy and restore it to use for cultural activities.

Like the convent of the Clarisas or San Juan de Dios, this convent also has a square floor plan with a double-arched cloister inside, although it differs in its smaller dimensions and in that the cloister arches here are not separated by a cornice.

The facade of the convent is rather modest, with the chapel topped by a triangular pediment, and the main door on the first level, decorated with lime mouldings, without noble materials, imitating pilasters, an entablature that bears the emblem of the Third Order of San Francisco. In the second level, three rectangular windows illuminate the choir and the nave. On top is a triangular pediment with a niche inside with the figure of Saint Francis, who, interestingly, the elderly people of the town call "o robapilotas", because that is where the ball used to get stuck when they would play as children. The centre is topped off with a stone cross and the sides with acroteria.

The interior of the convent has been altered quite a bit due to the various uses it has had since the last community of friars left in 1835. With the exception of the chapel, which serves as the headquarters of the CofradÃ­a de los Obreros, the rest of the building is now occupied by an oil factory.

The church was added after the construction of the convent. It was also abandoned like the rest until 1868, when Victoriano Parra promoted the idea of rebuilding it.

The floor plan is rectangular, with a barrel vault supported by a continuous cornice. The main altar does not have any noble materials or anything of special importance.

In the nave there are eight side chapels: four on the Gospel side and four on the Epistle side. They are all modest except for the first one on the Gospel side, dedicated to the Third Order of Penance, as indicated by the emblem above the outer arch. In the 18th century, this chapel was named after St. Elizabeth of Hungary and underwent various modifications and improvements over time, the last one dating from the 18th century. The chapel has a circular vault and a dome with a lantern. The nave opens with a semi-circular arch, made with carved marble capitals and lateral pedestals in the middle of the intrados. Inside, there is a fine neoclassical altarpiece in marble whose main feature is a niche dedicated to a crucified Christ, flanked by two smaller niches at a slightly lower level that contain the images of San Ivo and Santa Isabel. Below the main niche and above the tabernacle, a rectangular hole housed the image of the recumbent body of Nuestra SeÃ±ora de la Buena Muerta, patron saint of this Franciscan community of Olivenza, placed here in 1739.

In the collective memory of Olivenza, this chapel is of great importance because it is the burial site of the Venerable MarÃ­a de la Cruz, a member of the Third Order, who died on 1 January 1635. Her tombstone is preserved, with the emblem and text that her sacred writer, Father Belem, describes in his work OlivenÃ§a Ilustrada pela vida e morte da Grande Serva de Deus, Maria da Cruz, who predicted the construction of the chapel where she would be buried before her death.

Among the rest of the chapels, the one dedicated to Senhor dos Passos do Bom Fim stands out, which is decorated on the outside with historical tiles related to the life and death of Saint Francis.

According to Professor Dr. Vallecillo Teodoro, whose bibliographical reference is provided, some of these chapels also had gilded altarpieces, although they have not survived until today, such as those of John the Baptist, La Piedad, San Diego and the Eternal Father.

Also noteworthy are the two lateral marble pulpits, in the neoclassical style, at the head of the nave and, in the floor, like in the rest of the Oliventine temples, numerous tombs, where some of the emblazoned slabs of the nobility of Olivenza can be seen in the space that precedes the presbytery. 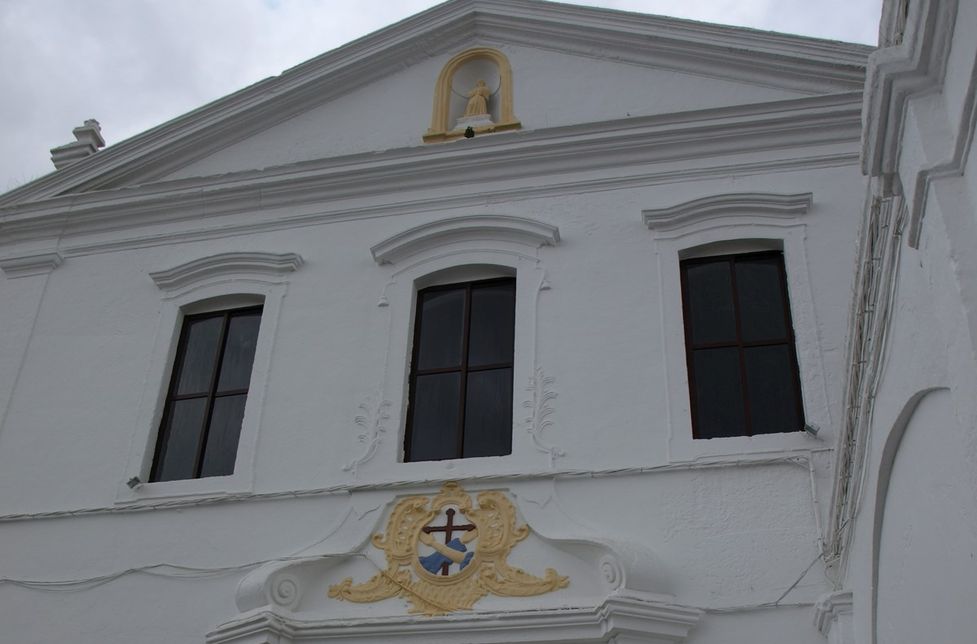 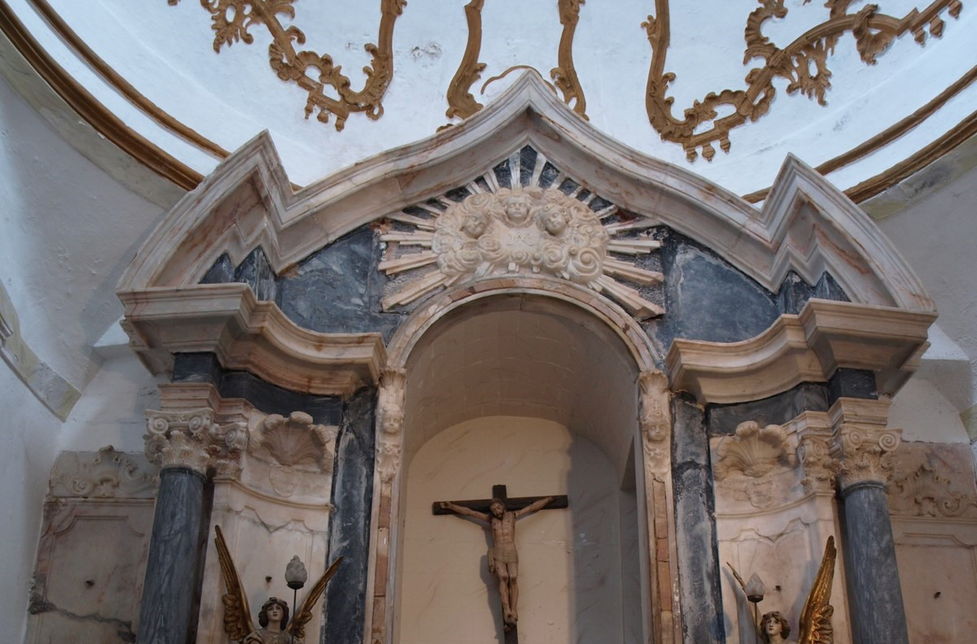